A 360 video experience with Jay Leno. Travel through LA backroads in the passenger seat of 2 of Jay's vintage rides. 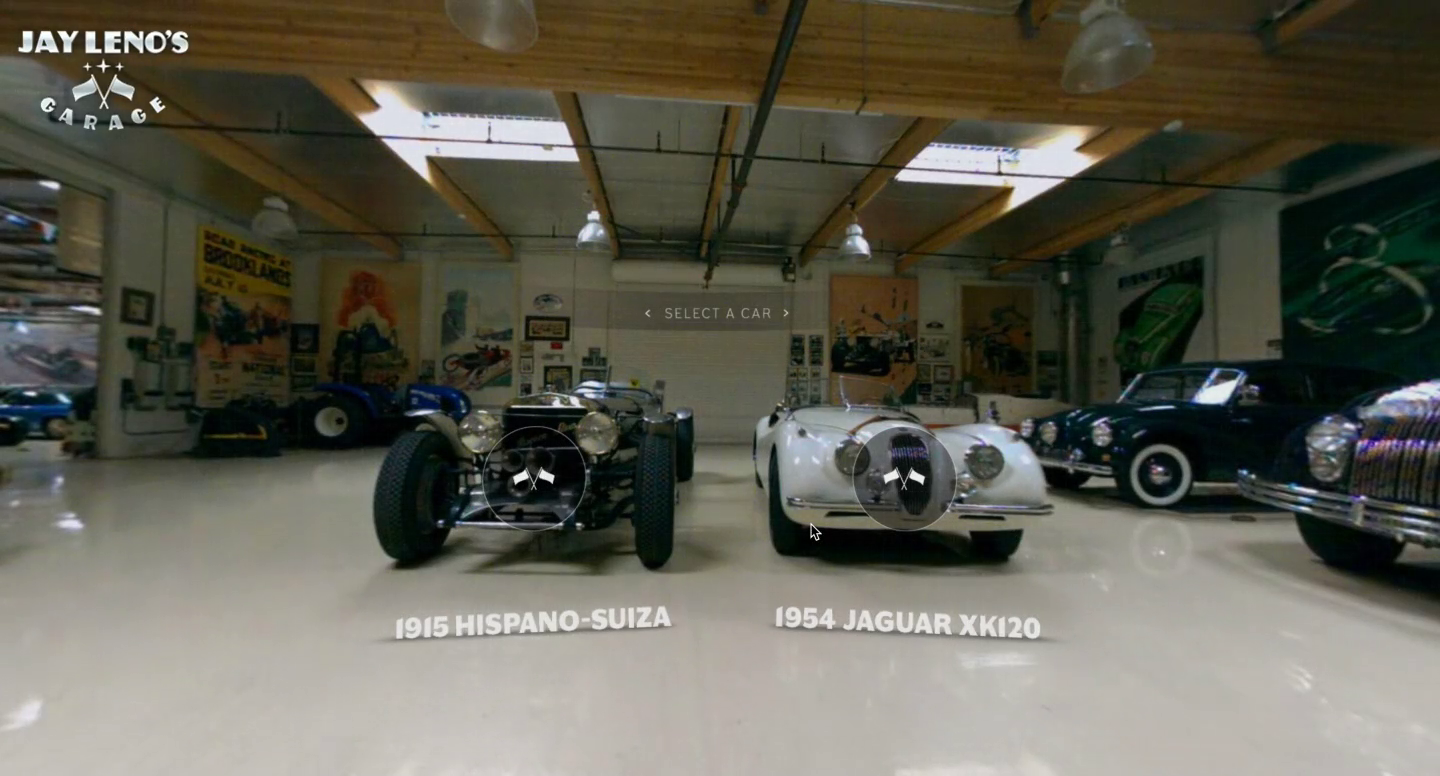