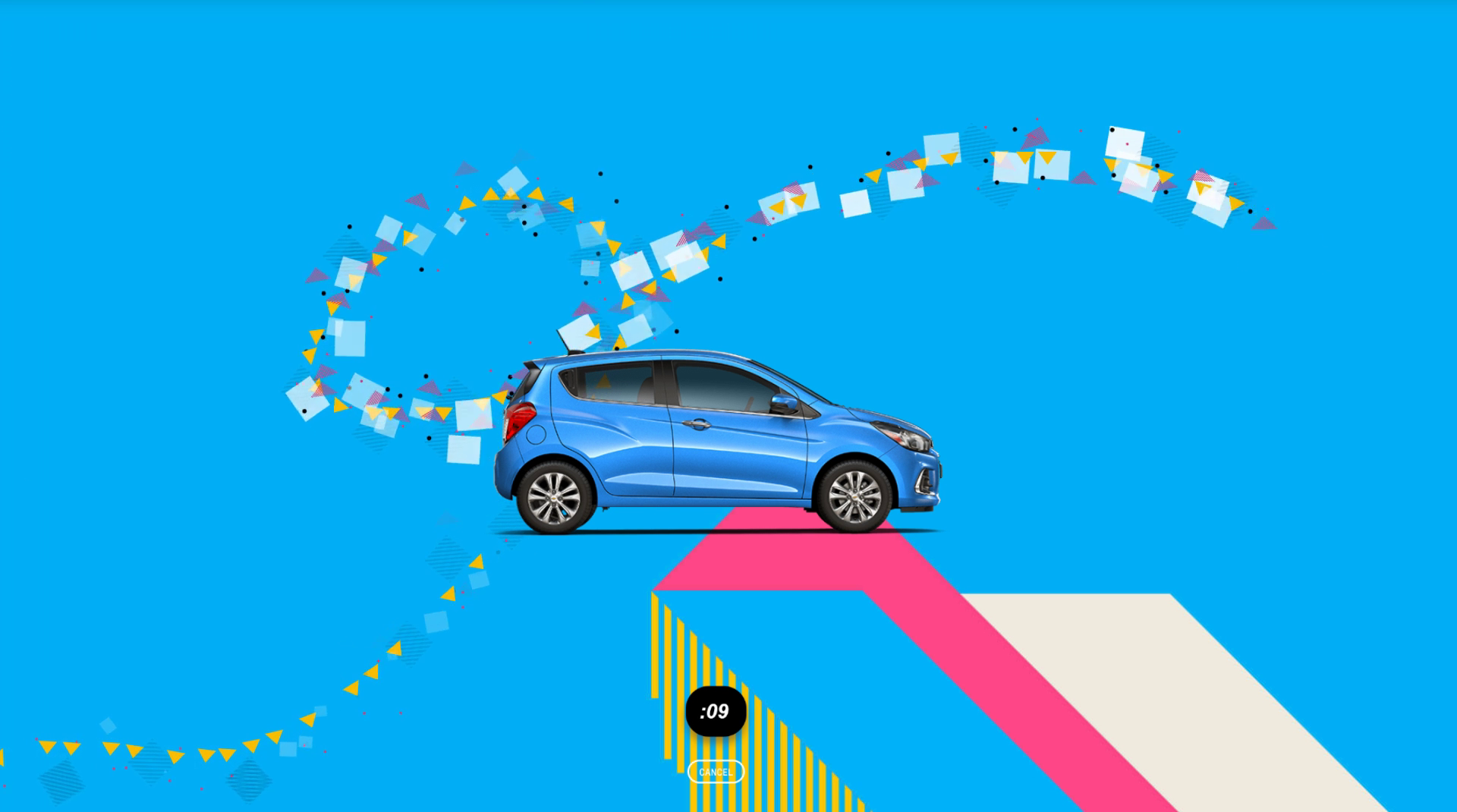 I developed a zany car customizer for the Chevy Small Cars minisite. Select your chevy model in a carousel, customize with a prop and then create your own procedurally generated animation with your mouse or touch. 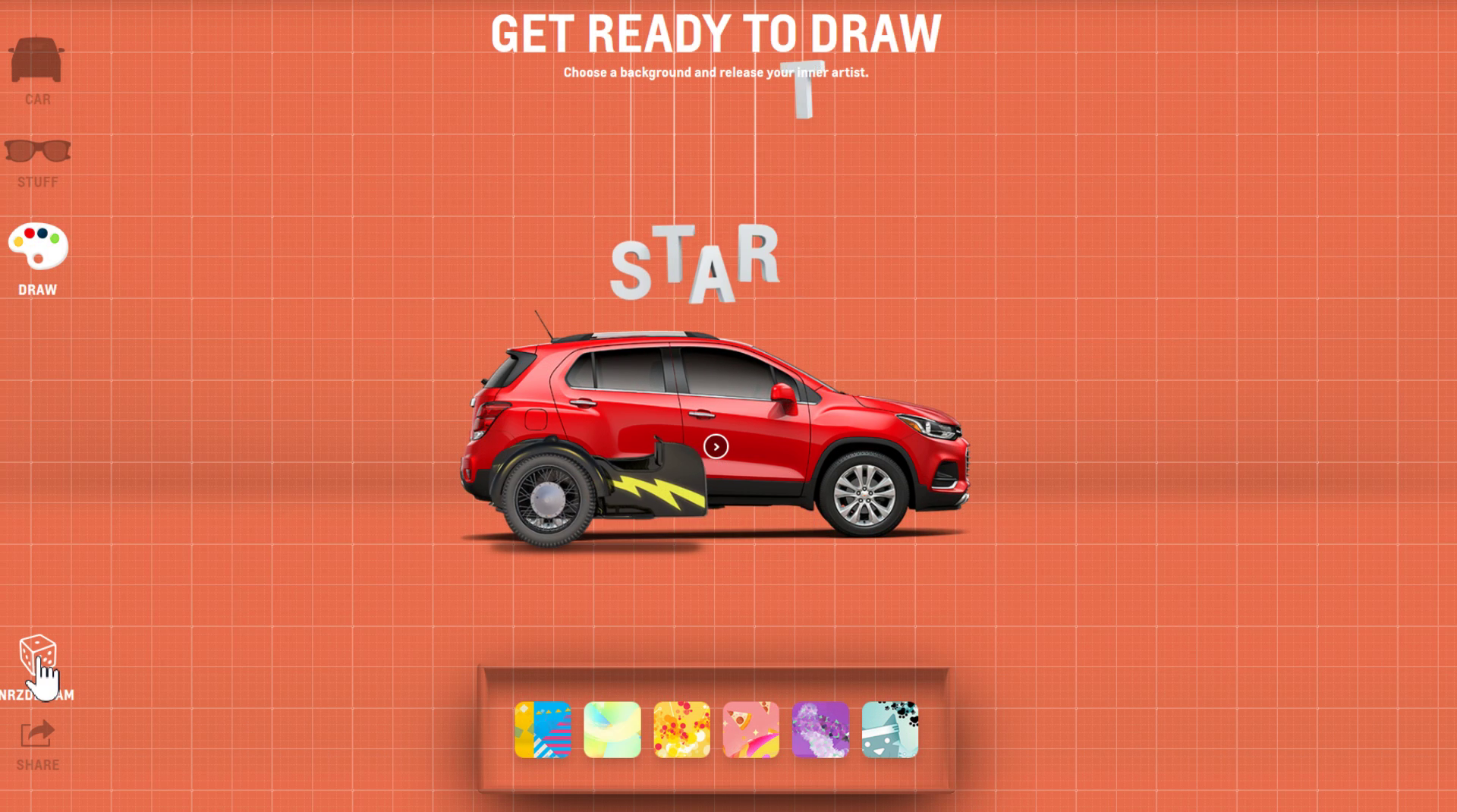